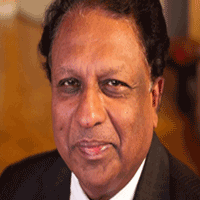 T.P. Sreenivasan has nearly 20 years of experience in multilateral diplomacy and has represented India at a number of international conferences organized by the United Nations, the Commonwealth and the Nonaligned Movement. He has chaired several UN Committees and Conferences. Ambassador Sreenivasan has served in the Indian Foreign Service for 37 years, including as the Deputy Chief of Mission (DCM) in the Embassy of India, Washington DC. He has also served in New Delhi, Tokyo, Thimphu, New York and Yangon. He rose to the highest level in the Indian Foreign Service in 2001 and retired in 2004. He is the Vice-Chairman and Executive Head of the Kerala State Higher Education Council with the rank of Vice-Chancellor. 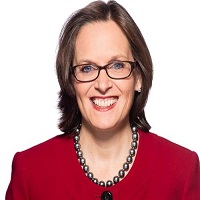 Lisa Curtis is one of the most sought after experts on US-India strategic and defense partnerships, US counter-terrorism policies in Afghanistan and Pakistan, and trends in Islamist extremism and religious freedom throughout the region. Congressional leaders and members of the media appreciate her insight and she has testified before Congress on numerous occasions. Ms. Curtis regularly travels to South Asia to participate in lectures/conferences and her commentary appears in most premier outlets like the New York Times, Wall Street Journal, CNN, Foreign Policy, The Hindu, Express Tribune and more. She is also the senior research fellow on South Asia in The Heritage Foundation’s Asian Studies Center. 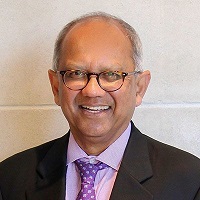 Sumit Ganguly is one of the most well-known authorities on India and its politics with South East Asia.His analysis and opinion on international relations and comparative politics is very respected and has been published in several academic/research journals like the Asian Survey, Current History, Foreign Affairs, International Security, and more.His books, too, offer a unique perspective on the situation mounting on the Indian borders and potential future challenges.Ganguly holds the Rabindranath Tagore Chair in Indian Cultures and Civilizations and directs the Center on American Global Security at Indiana University.He is also a member of the Council on Foreign Relations(New York) and the International Institute of Strategic Studies(London). 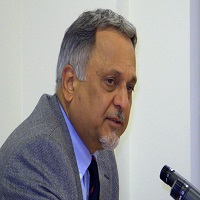 Bharat Karnad is India’s foremost national security expert and a distinguished research professor. He is frequently sought out by the leadership in New Delhi and military experts on strategy, expertise and creativity. He regularly lectures all over the world and is a key figure in Track-II dialogues with the United States, Pakistan, China, Taiwan, and Israel. Formerly a member of the first National Security Advisory Board of India’s National Security Council, Mr. Karnad participated in the Nuclear Doctrine Drafting Group and the external security and the technology security groups of the Strategic Review. Mr. Karnad holds a BA in political science from the University of California, Santa Barbara and an MA in political science from University of California, Los Angeles. 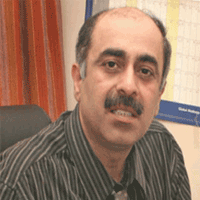 Robinder Sachdev is Founder-President of The Imagindia Institute. Mr. Sachdev is a world-acknowledged authority on geopolitics, public and economic diplomacy, image and campaign management, cross cultural communications, and affairs of the Indian diasporas. In pursuit of public and economic diplomacy, Mr. Sachdev often arranges and hosts discussions with, and among, US, European, and Indian governmental, political, and corporate leaders and delegations. Mr. Sachdev is also Trustee of the Children’s Book Trust, India’s oldest national children’s organization founded by the legendary political cartoonist, Shankar. Mr. Sachdev has lived and worked in the U.S., Russia, Kazakhstan, and Dubai, and is now based in New Delhi. 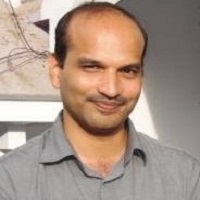 Dr. Dhanuraj is an expert policy researcher, entrepreneur and consultant. He holds a PhD in Science and Humanities from Anna University (Chennai) and started his career as a Research Associate in 2003. Since, he has been recognized as one of the premier intellectuals, handling various social research projects. He specializes in fields of urbanization, education, health, livelihood and law. Dr. Dhanuraj is often found working with state governments, national and international NGOs and corporate houses. He is also the Chairman of Centre for Public Policy Research in Kerala, India. 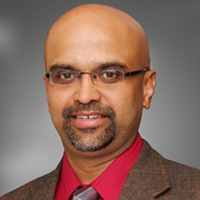 Vinson is a successful entrepreneur and the founder of the Indo-American Center. He earned his bachelor’s degree from Calicut University, Thrissur (1988) and his master’s degree from University of Nevada, Reno (1995), both in civil engineering. Vinson is an active member of the Indian-American community and has led many efforts to bolster in the Indo-American relation. Having lived in Kerala, Saudi Arabia, and various cities in the US, he realized the importance of promoting ideals of liberty, opportunity, and choice. To cement the Indo-American democratic axis thereby creating a free and peaceful world to pivot around, Vinson started the IndoAmerican Center. 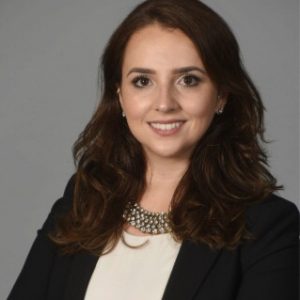 Claudia is a Brazilian Business Administrator, specialized in Strategic Design. She earned her bachelor’s degree in Management for Innovation and Leadership from UNISINOS, Brazil (2011), her master’s degree in Strategic Design also from UNISINOS, Brazil (2013), and currently Claudia is an MBA candidate at American University, Washington DC (graduation 2019). She has three years of work experience, which were mostly dedicated to consultancy to Small Brazilian Shoe Manufacturers. She speaks Portuguese, English and Spanish. 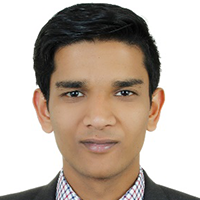 Ashwin was born in New Delhi, India where he grew up in a middle class family. He came to the United States in 2011 to study at Indiana University (Bloomington), where he developed an inclination towards Public Policy. As a Liberal Studies student, he was encouraged to follow this proclivity by his peers and professors, cultivating the ability to explore, examine and evaluate all policy alternatives. Having graduated in 2015, Ashwin joined and helped start the Indo-American Center in Virginia. 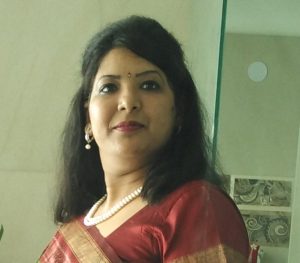 Shalini has almost 16 years of experience in both corporate and social sector. She has been on board of several educational start-ups and is founding member of a trust in New Delhi. She is a Delhi University alumnus with vast experience and is a thorough professional. Her excellent communication and interpersonal skills have allowed her a good rapport with her clients all through her career. She has attended and conducted several seminars across India and the globe.

After almost 12 years in corporate sector, she developed keen interest in sustainable development. She has worked with Bloomberg Philanthropies, Ford Foundation and Campaign for Tobacco Free Kids (CTFK), Swiss Foundation on several projects. She has also taken up several initiatives in promoting educational opportunities, leadership development, entrepreneurship and empowerment of youth and women. A highly empathic woman, she is called “people’s person”. She heads Indo-American Center’s Indian office.

An entrepreneur and social activist, she is keen to work on Swachh Bharat and women empowerment.